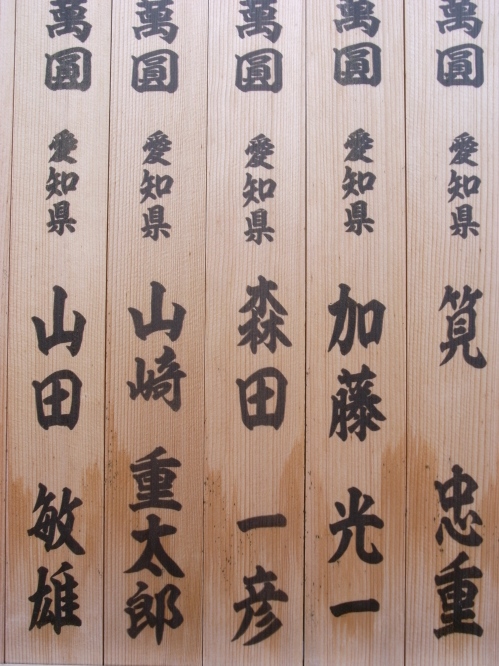 As part of my brief and unstudied education in Japanese I have been working out how to read family names. This is a manageable place to start, for nearly all names are made of only two kanji, pictographic characters descended from Chinese. Once I stopped associating each character with a phonetic counterpart, I was able to divine the symbolic meaning of the names. The characters’ sounds change depending on placement, noun-consonant morphology, or age of the name. The character 山, for instance, almost always reads as “yama”; however, in older family names and place-names 山 may read as “san” as in “Fujisan,” the famous mountain. In the greater picture, 山 means “mountain.” Once I focused on this, the names of the people around me began to tell a story that is not always obvious in the wake of Japanese modernity.

END_OF_DOCUMENT_TOKEN_TO_BE_REPLACED

Calvin Tompkin’s profile on artist Walton Ford (“Man and Beast,” The New Yorker, 26 January 2009) left me with the impression that Ford is, along with John Currin, one of the new breed of American artist who is resuscitating the craft of painting from the bright dark age of neo-expressionism.